If you’ve ever used a custom-built PC or a pre-built one, you can attest to the fact that PC noise is an issue that you will definitely be faced with a lot of times. These noises can be very frustrating and loud, they could impact the quality of video recordings, gaming experience and just PC usage in general.

I know for a fact that I get anxious when I hear my PC make a lot of noise even though I have an understanding of exactly what is happening.

PC noises are caused by a number of varying reasons including but not limited to:

Most of the causes listed above are relative and depend on varying factors such as the amount of power being consumed by the PC, the workload on the PC, age of the PC, environment where the PC is being used etc.

Except you derive joy from the noise your PC makes, here are some steps and techniques that can be taken to reduce the noise from your PC. This is probably the first step that should be taken and has proven to actually reduce PC noise a lot. Carefully open up your PC and check all components that are attached.

Casings, grills, clips and screws may be involved, and if any of them have become loose or damaged over time, they can contribute to the noise you hear. Make sure that your fans and other components are tightly coupled and are not loose as they could be vibrating thereby making your PC produce more noise than normal.

While your PC is open, also clean up the dust that is in it using dust brushes or special vacuum cleaners as dust build-up on computer parts will retain more heat.

Another effective method of reducing PC noise is to convert from hard disk drives(HDD) to Solid-state Drives as HDDs have moving parts which contribute to whatever noise you hear your PC making.

Solid-state drives make use of circuits to store data instead of discs used in Hard disk drives, hence there are no moving parts since there is no need to read a disc to retrieve data, which eliminates noise. Although SSDs are more expensive, the absence of mobile parts increases the lifespan of these drives.

A fan speed controller, although not a popular component when building PCs is very helpful in regulating your PCs temperature and noise.

Unlike CPU fans which are usually controlled by the motherboard, case fans are not always this smart and usually run at the same speed regardless of whether it is necessary or not. By using a fan speed controller, you can regulate the noise that comes out of your PC.

Fans are a very critical component of your PCs as they help to regulate their temperature, but they can also be noisy if they are faulty or have defects. You can replace your fans with ones that have lower speed and larger diameter or ones with low motor noise.

As with most other things, using the latest and modern versions of hardware components will go a long way to reduce your PC noise.  These components are always being optimised as newer versions come out.

For example, most modern graphics cards come with tools that enable the reduction of the power target and adjustment fan curves, which results in quieter operation although at a cost of performance.

Although there are more steps which can be taken to reduce PC noise such as adding sound insulation, water cooling and moving your PC around, doing any of the steps listed above is sure to reduce your PC noise. 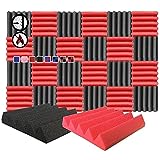 I am an Acoustical Engineer and part-time drummer, currently based in London, UK. After graduating with a degree in Master of Engineering degree in Acoustics in 2014, I freelanced for a number of music companies.

I blog about my past and current experiences in sound insulation. I enjoy the balance of work inside and out of the office, solving practical problems on a daily basis as every project from sound insulation testing to background noise surveys is different.